This lady wasnt paying attention, she was on the phone and hit the gas instead of the brakes.
She hit the curb, went airborne and centered the tree. I literally watched it happen and called 911.
I was on he job shooting the burning building in the background for the newspaper.
You can see the airbags still inflated in the first few pics. If she would have done it 30 minutes earlier that area under the tree was covered with spectators watching the fire in the shade and would have been even more tragic..
Read More 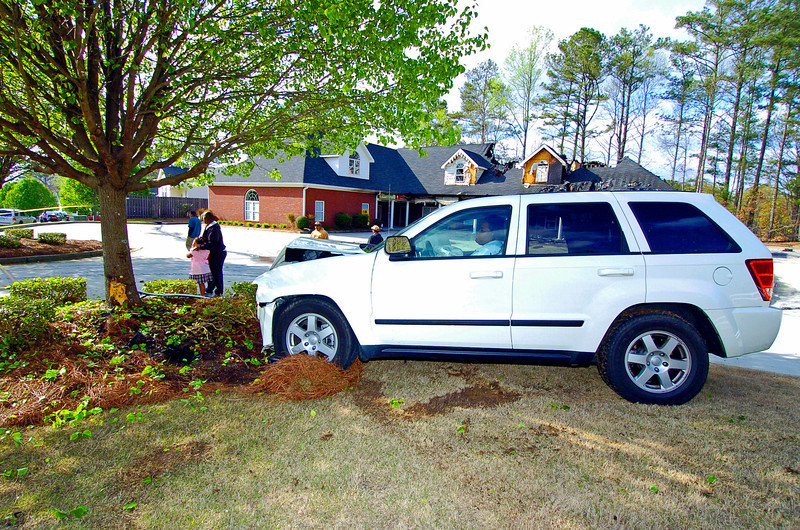 This was literally 30 seconds or so after impact, the airbags were still deflating. She lived less than a block from here.